The Power Of Rugby To Unite

Ahead of the Guinness Series’ most hotly anticipated fixture that will no doubt generate some magic rugby moments, Guinness reunited Ireland rugby legend Brian O’Driscoll with his former foe now friend, former All Black Captain, Tana Umaga over a pint of the black stuff. Whilst once fierce opponents on the field of play share a passion for rugby as well as a mutual respect and admiration for each other’s accomplishments on and off the field of play.

Guinness have brought the two together as reminder of the power of rugby to unite people whilst at the same time remaining dedicated to seeing their team prevail. The All Blacks at home is every rugby fan’s favourite fixture. Saturday’s clash on Ireland’s home turf at the Aviva Stadium is no different and will see world number 2 Ireland take on the reigning World Champions and top ranked team, New Zealand in their own backyard for only the 17th time ever.

For the Guinness Series, Guinness are also inspiring people to get behind the Irish rugby team particularly, as they take on the world’s best team, the New Zealand All Blacks whom Ireland have yet to beat here and #AnswerIrelandsCall.

Speaking in Dublin ahead of the Ireland v New Zealand game Brian O’Driscoll said:
“It was a pleasure to welcome Tana to Dublin. I love that Rugby creates respect and friendships between one-time adversaries. Despite the different colours of our jerseys, it’s important to remember that as former players, we have a lot in common.” 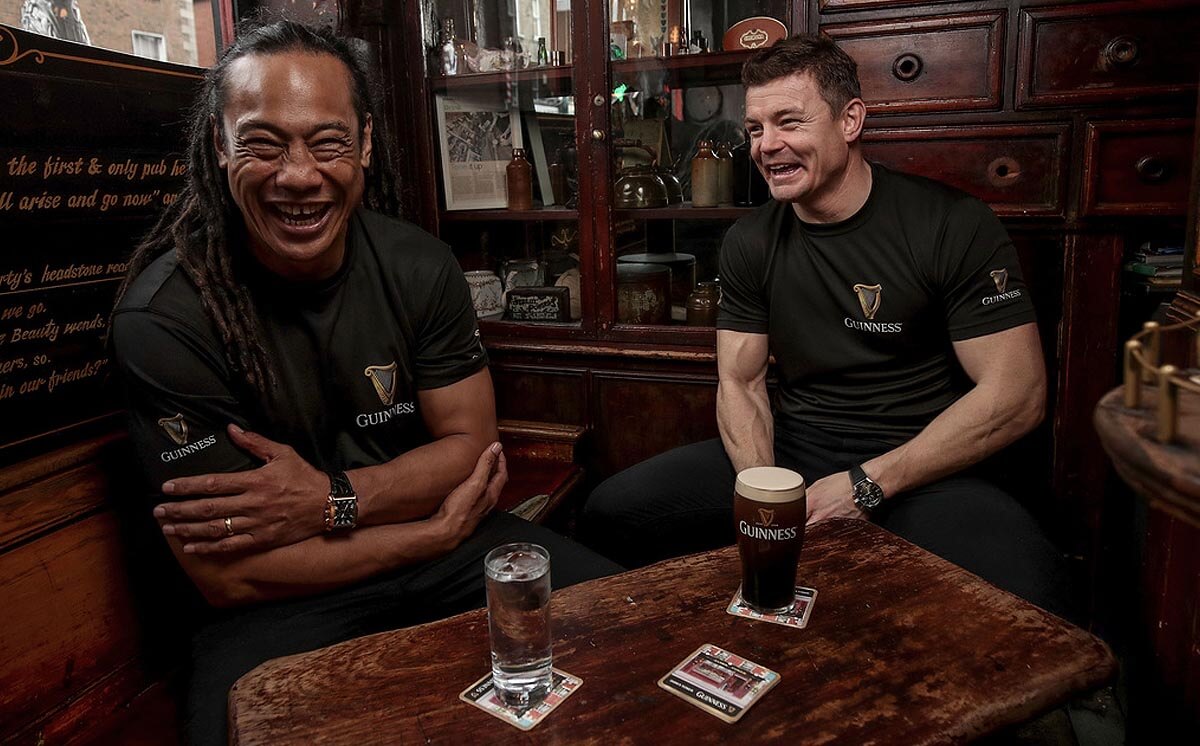 Speaking in Dublin ahead of the Ireland v New Zealand game Tana Umaga said:
“I am delighted to be in Dublin in advance of the Guinness Series clash between Ireland v New Zealand – a fixture that is shaping up to be a fantastic game of rugby. To catch up with Brian, a player who I have always admired greatly has been brilliant. We’ve talked rugby past, present and future and even a bit about “that” tackle. The welcome I have received here in Ireland typifies all that is great about the game of rugby and the camaraderie and community it creates between all those who love the game.”

“Guinness has a long-standing heritage with rugby and we are proud to sponsor a sport that aligns with our values. We’re delighted to have Tana Umaga in Dublin and unite him with former Irish rugby international Brian O’Driscoll. This true act of camaraderie, is a significant occasion that highlights the power of rugby and its unique ability to unite ahead of one of the biggest games of the season.”